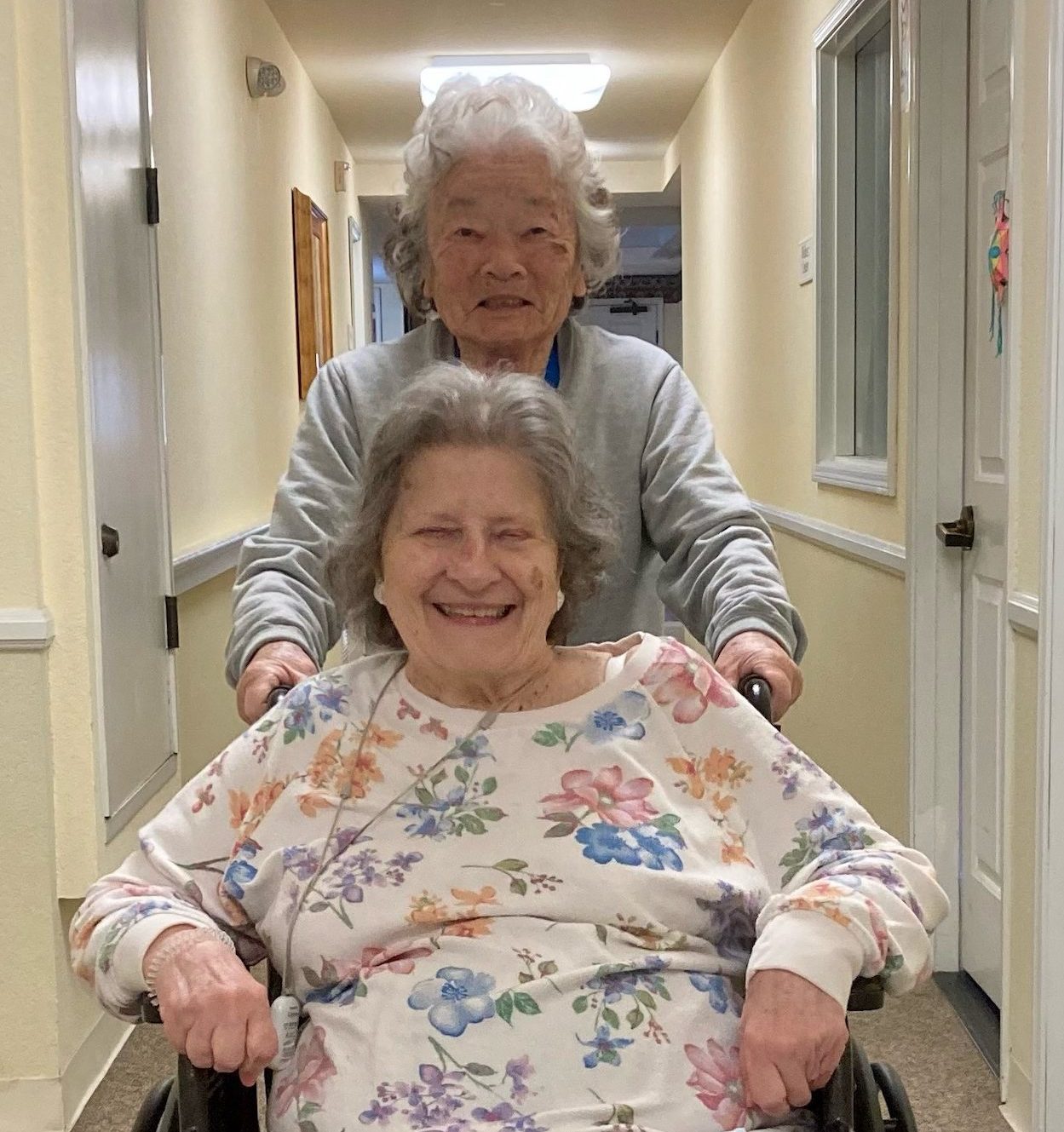 Cutting edge imaging shows that the amyloid fibers in plaques, a hallmark of Alzheimer’s disease, have different molecular structures. NIA-supported research published in Science shows new, high-resolution images of the molecular pieces, called filaments, which make up amyloid plaques in different types of Alzheimer’s and in other degenerative brain conditions. 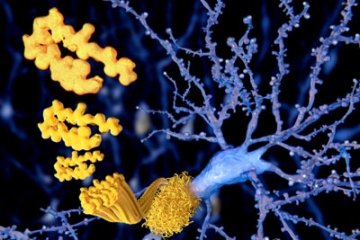 Amyloid plaques form in the brains of people who have Alzheimer’s and can lead to problems with brain function. All amyloid plaques begin as strings of amino acids called amyloid-β (Aβ) peptides. The structure of Aβ peptides varies depending on how many amino acids they contain. An Aβ peptide with 42 amino acids, called Aβ42, is the most common in plaques. Older adults who do not have dementia can have low levels of Aβ42 peptides. However, in people with Alzheimer’s and other degenerative brain conditions, these peptides are much more common, and they form larger structures called protofilaments. These protofilaments come together to form filaments that aggregate to make amyloid plaques.

To better understand the structure of amyloid plaques, an international team of researchers collected post-autopsy brain tissue from 10 individuals. At the time of death, five of the individuals had Alzheimer’s; two had inherited, or familial, Alzheimer’s, which often develops earlier in life; and three had sporadic Alzheimer’s, which is not inherited and typically occurs later in life. The other five people had other degenerative brain conditions unrelated to Alzheimer’s. Researchers extracted Aβ42 filaments from the tissue samples and used cryo-electron microscopy (cryo-EM) to examine the filaments’ structure. Cryo-EM uses very low temperatures to capture 3D images of microscopic structures.

Interestingly, a genetically altered mouse model of Alzheimer’s that scientists often use to study the disease’s molecular and behavioral characteristics also had filaments identical to the type II Aβ42 filaments found in humans. That mouse model finding underscored the benefits of using this mouse model to help scientists learn more about inherited Alzheimer’s in humans.

The findings from the human study may enable researchers to better understand the molecular features of amyloid plaques in the brain. This improved understanding may also allow for the development of new animal models, imaging techniques, and targeted treatments for different types of Alzheimer’s disease.

These activities relate to NIA’s AD+ADRD Research Implementation Milestone 2.H, “Continue to support cross-disciplinary research to discover and understand disease mechanisms that are common between AD and other neurodegenerative disorders including rare disorders and leverage these for therapy development. These efforts should include discovering new pathways leading to synaptic and neural damage understanding the structural variations of pathogenic peptides collected from well-phenotyped, diverse cohorts to inform the design of structure-specific imaging agents and inhibitors with therapeutic potential.”