14 Lessons for the Next Pandemic By The New York Times 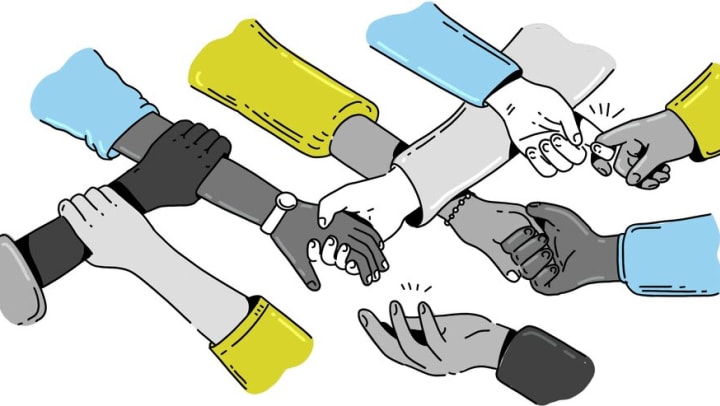 Prepare for What We Can’t Imagine

We must overcome our collective failure of imagination. Covid-19 took us by surprise. We spent decades planning for a pandemic that would resemble the viruses we already knew. We didn’t plan for face masks, mass testing, stay-home orders, politicized decision making or devastating racial disparities. Looking forward, we need to prepare for a much broader range of threats.

Lauren Ancel Meyers, epidemiologist at The University of Texas, Austin

Inaccurate information and indecisive action on the part of the U.S. government led the country to catastrophic failure. From the very beginning of the pandemic, President Trump said that this virus will go away and that we need not take any precautions. There was mockery of masks and social distancing. The Centers for Disease Control and Prevention gave out faulty primers that delayed early efforts. And its strict restriction on testing — to only those who had traveled to China — significantly delayed detection. Hospitals had to get their Covid testing approved by the Food and Drug Administration, even if they followed exactly the C.D.C. protocol. Reagents for testing quickly became depleted nationwide. To prepare for the next pandemic, the government must put science and data above all else.

Figure Out Who Gets Priority Treatment

Come up with your plans on how to allocate vaccines early and deploy them to states so they can put them into action right away. The C.D.C. came out with their recommendations in December, just days before the vaccines were authorized. But ever since last August, when the allocation plan devised by the National Academies of Sciences, Engineering and Medicine was released, two principles of the overall strategy have endured: When vaccine supply is limited, go after mortality and preserve the health system. Mortality is irreversible. Those are principles we should be thinking about during the lull before the next storm. In our field, we call it “the interpandemic period.”

Saad Omer, director of the Yale Institute for Global Health

Don’t Leave It Up to the States

We were voted by Johns Hopkins as the best prepared country in the world for the pandemic. The lesson that we’ve learned is that it is also very important what the response is.

In a country with the characteristics of the United States, that has 50 individual states, with over 330 million people — and when you have a pandemic that is highly, highly transmissible, that doesn’t care about borders between one state or another — there are certain commonalities that you need, some collaboration, cooperation and synergy between the federal government and the states. Some states just didn’t pay any attention to the guidelines and just jumped right over them — to go wherever they wanted to go. That is not a recipe for success.

We need a strong, coordinated science-based federal response to take the lead on a national testing plan. We need public health guidance for the states, rather than just leave it up to them. Having this patchwork of different public health guidance was really unhelpful, and it also sent a message that we didn’t really know what’s going on — or what was going to work.

The obvious thing was the mask issue — to have a unified message on masks. The virus doesn’t preferentially choose people to infect based on their political party. We’re all in this together.

Invest in the Numbers

The underinvestment in public health was a massive vulnerability for an effective response. We really needed accurate data to be able to forecast — that lets us drive the intervention that drives the impact. There are pretty sophisticated data systems for banking, media, et cetera, and we haven’t made those leaps in public health.

Be Nimble in Providing Treatment

The most resilient health systems have been those that actually understand how to keep people well and take risk — as opposed to being stuck in the fee-for-service environment. It’s one where you actually can accept complete responsibility clinically and financially for a population. And then you can make all kinds of super interesting, nimble, innovative decisions like telehealth and hospital at home and all those other great tools that volume-based systems are really not prepared to use.

Don’t Let Race and Class Determine Who Lives and Dies

What we’ve learned is specifically related to the social determinants of health, which are the conditions in the places where people live, learn, work and play — and how these can predetermine health outcomes. This was a very academic kind of a topic. In the past, people would say, “Yeah, yeah, poverty, poverty, poverty,” but they didn’t grasp the concept. The virus has really brought it to the forefront, in a very graphic way, with racial and ethnic minorities getting so much more affected. It has become very clear that the health of the country really depends on addressing those social determinants of health. And I see the difference in the health department and the difference in government, and even in the news media, which bodes well for the future.

When government ignores how systemic racism is — when they don’t acknowledge unequal access to health care and jobs — that essentially shapes the lives and experiences of people of color. It results in the really profound and appalling health inequities that we’ve seen in this pandemic. So if they’re not paying attention to policies around jobs, housing and education, and access to health care, when a pandemic hits, these inequities essentially exponentially worsen.

The pandemic exposed the failures of the fragmented, profit-driven American health care system. Medicare for All would allow us to address the social determinants of health with a focus on prevention, primary care and chronic disease management instead of specialized care. A robust public health system would allow us to quickly implement the type of surveillance, tracing, tracking and data collection that is critical in responding to a pandemic or any other emerging public health crisis.

The most important lesson: This is what happens when we treat older people as expendable. There’s definitely an element of ageism at work here, which really crept into how the country made decisions and promulgated policies. From the outset of the pandemic, we knew older adults and those with underlying health conditions were most at risk, and yet we chose to ignore the fact that we could mitigate some of that risk by providing enough testing, staffing and adequate personal protective equipment. And we just didn’t. Older Americans and their care providers weren’t properly prioritized until very recently, when vaccines became available. And what an amazing difference it has been.

Communities Need to Prepare Too

We need to have ongoing community capacity to deal with crisis. We can’t just rely on government and institutions. Our own community members have to be consistently incorporated into systemic responses to crises.

Stop With the Fringe Treatments

There was so much uncertainty in the early months about how to treat patients, but we’ve come to realize it’s best to stick to the basics of critical care medicine, including ventilator settings, the amount of sedation and intravenous fluids. Whether it’s Covid-19 or the next viral pandemic, just trust what we know as the foundation for patient care — and don’t be distracted by looking for fringe or alternative interventions.

Dr. Gregory S. Martin, critical care specialist at Emory University and president of the the Society of Critical Care Medicine

Kids need to be with kids, and they need to have a structured life. Social isolation is especially challenging for teens and potentially interferes in their maturation. Those who saw each other in safe social settings and had at least a hybrid school experience have done better than those who could not.

It’s clear that the Chinese government did suppress information about this virus, and officials didn’t want the information to get out. We really do need to have a larger conversation, aside from China, about working together as a global community for future outbreaks. The nationalization of responses, I think, has been incredibly harmful.

The government needs to treat foreign-made personal protective equipment as a national security problem. This was a fairly mild virus. Imagine if the death rate had been 20 percent, and China and Mexico had cut off their P.P.E. supplies. The entire mask supply would have collapsed.

Look in the Mirror and See Who We Are

Many people had an awakening to the people who keep society going forward, and whom we take largely for granted. But if you can discount the essential worker — the African-American, the Latino, the Chinese immigrant who delivers your food — then think how easily you can discount any other human life.

If you are a person who thinks that you have a right not to wear a mask, that philosophy cascades: I couldn’t give a darn about the cashier in the supermarket or the train driver because I don’t care about anyone. I will go into the bar, and I will do what I will do.

This pandemic has shown us who we are, at a level of clarity that is shocking to most people. It’s hard to imagine there are that many people in our country who really don’t care about others. That is the scariest thing, it takes your breath away and you can diagnose everything else that is happening in our society through that lens. That you could tolerate 500,000 deaths in less than a year is incomprehensible to me, that we are a nation that is so callous.